The Acasys Capitol Condo Villas in Caloocan City is situated in an area just a few meters from the North Caloocan city hall. This area is planted with several trees just north of the site. This area is majority residential spot where more residents go home every day. Most residents work in the CBDs of Quezon City, Manila, Makati, and Taguig (especially BGC).

Moreover, the surrounding areas are planted with different species of trees so you have an environment distinct from any other areas in Metro Manila. The Acasys can be reached via Regalado Avenue cutting across Neopolitan from Cubao district or the Quirino Highway from Novaliches across Lagro. The site is just north of Quezon City’s Brgy. Kaligayahan. The central business district (CBD) of Quezon City, especially the Triangle Park, is a mere 8km to the south of the site via Novaliches (Quirino Highway) and Regalado Avenue.

Some of Metro Manila’s best schools lie close to the Acasys Capitol Condo so your kids will be nearer to their place of study without having to endure the annoying traffic daily. The schools near Acasys include the University of the Philippines Diliman, the FEU-Nicanor Reyes Medical Foundation, Sacred Heart Montessori, the Our Lady of Fatima University, St. Francis Xavier Parochial School, St. Lawrence School of Camarin Caloocan, St. Augustine International School, St. Mary Goretti School, STI Regalado, National College of Business and Arts, and the Horacio De La Costa High School, among other prestigious schools nearby. The presence of these distinguished schools near the Acasys Capitol Condo lets your kids pick the best learning institution for them without going through the everyday annoying traffic if they study somewhere else.

Aside from these schools, the Acasys Capitol is easily accessible from hospitals for your quarterly check-up or during emergencies. The OB Montessori Center, the North Caloocan Hospital, San Lorenzo Hospital, Qualimed Surgery Center, Bernardino General Hospital, and the Neopolitan General Hospital, among other hospitals, are just minutes away from your new home.

Even you’re Sunday religious services will not be affected once you settle at the Acasys as there are several churches nearby; such as St. John Paul II Parish Church, Our Lady of Fatima Sub-Parish, Iglesia Ni Cristo Lokal ng Maligaya, and the Ascension Chapel.

If you don’t have time shopping in big malls for your daily needs, the Acasys have its own commercial shops just below your residence. However, if you would like to do shopping and buy groceries in large malls, the site is teeming with these commercial centers not far from where you will live. The Robinsons Nova Market, Savemore Nova, Ayala Fairview Terraces, SM City Fairview, and the Maligaya Market are just within a 1-km radius from Arcasys so you don’t have to go far when you go shopping. You save gas and energy while you could do more quality time with your family. That’s one of the beauties of living in a strategically located residence like the Acasys Capitol Condo Villas.

Additionally, if you wish to seek employment or conduct business in this area, there are several corporate offices, commercial centers, and other workplaces that teem around Acasys Capitol. These include the Hongley Food Products Inc., Asia United Bank Regalado, Rojemson Industrial Sales, Inc., and Aeronics, Inc., among others. Moreover, the central business district of Quezon, especially the Triangle Park, is a mere one-hour drive south of the project. Cubao, another one of Quezon City’s prime CBD where more commercial and financial centers are located, is just more than an hour away from Acasys Capitol farther south. 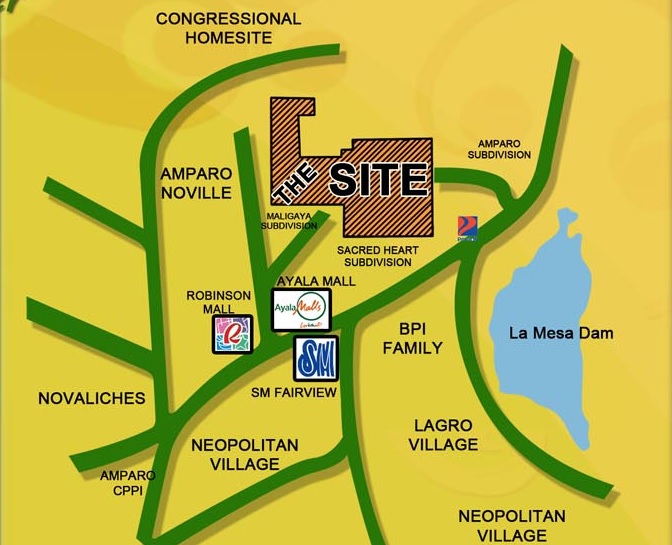